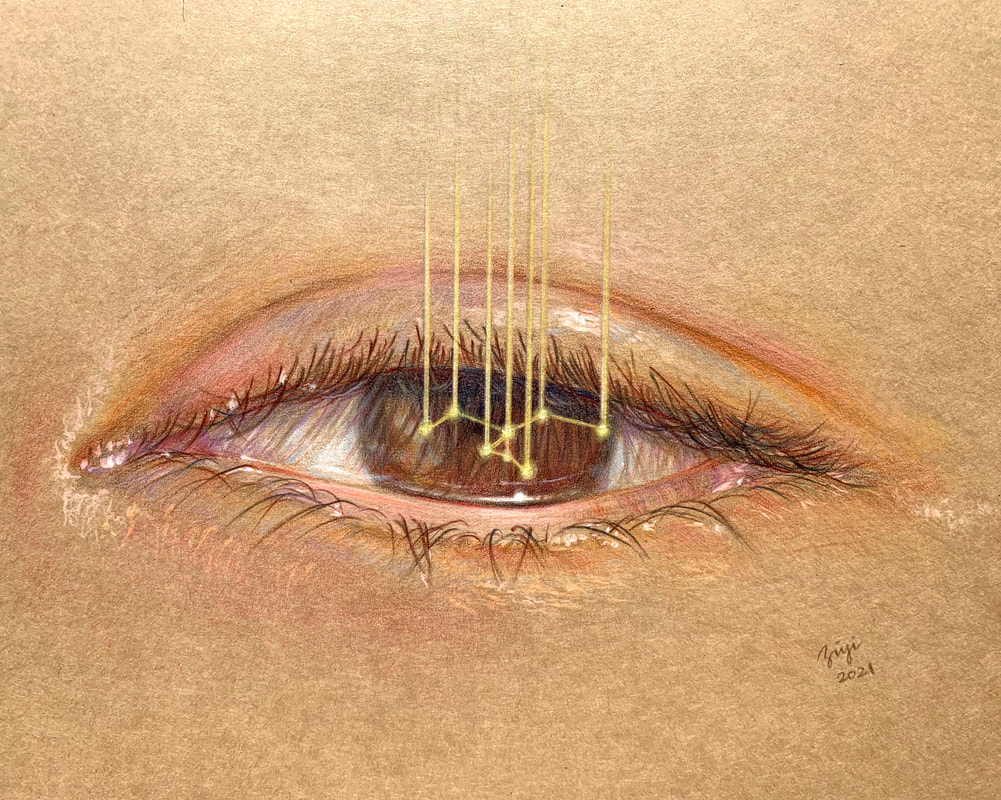 Astigmatism affects my vision when I glance at light sources at night. In the motion of half-opening eyes, between blurry shadows of lashes and the slightest flutters of eyelids behind, phantom parallel lines depart from points of light, as if they were red-eye flights, strings of kites, or verses I choose not to rhyme. 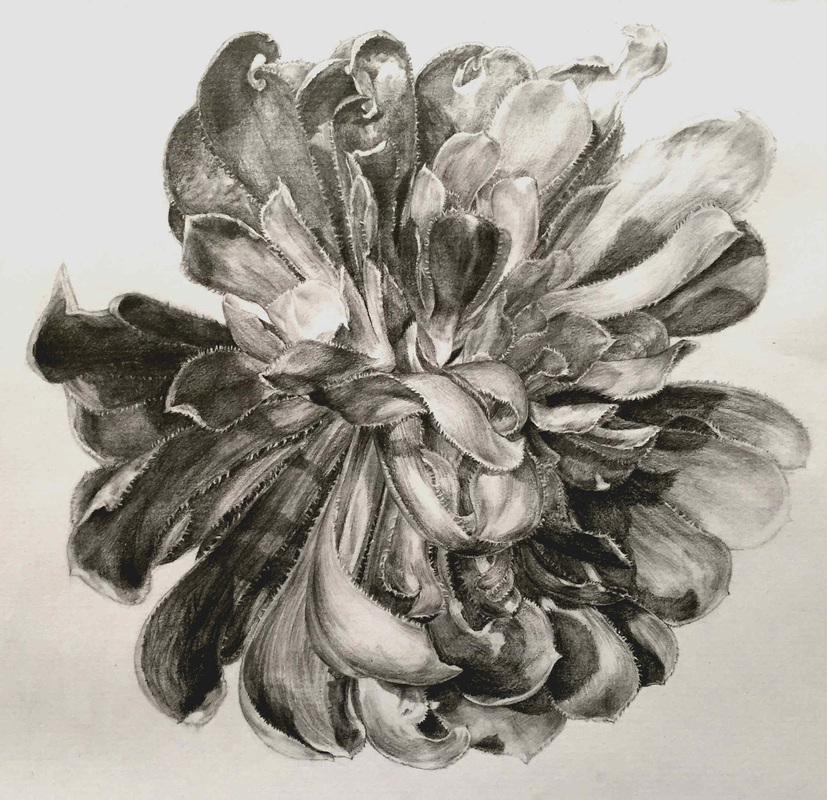 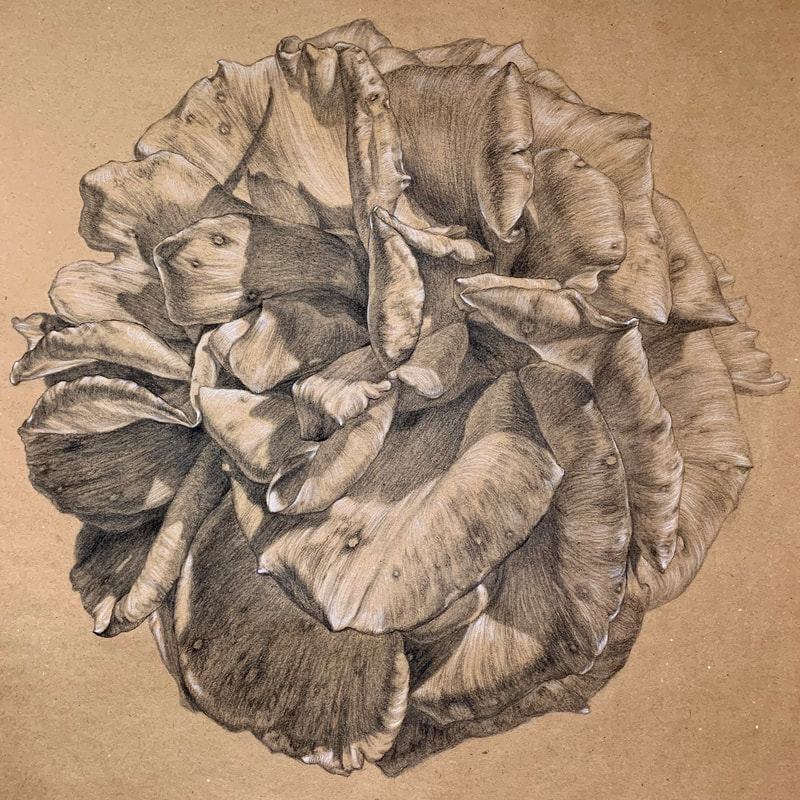 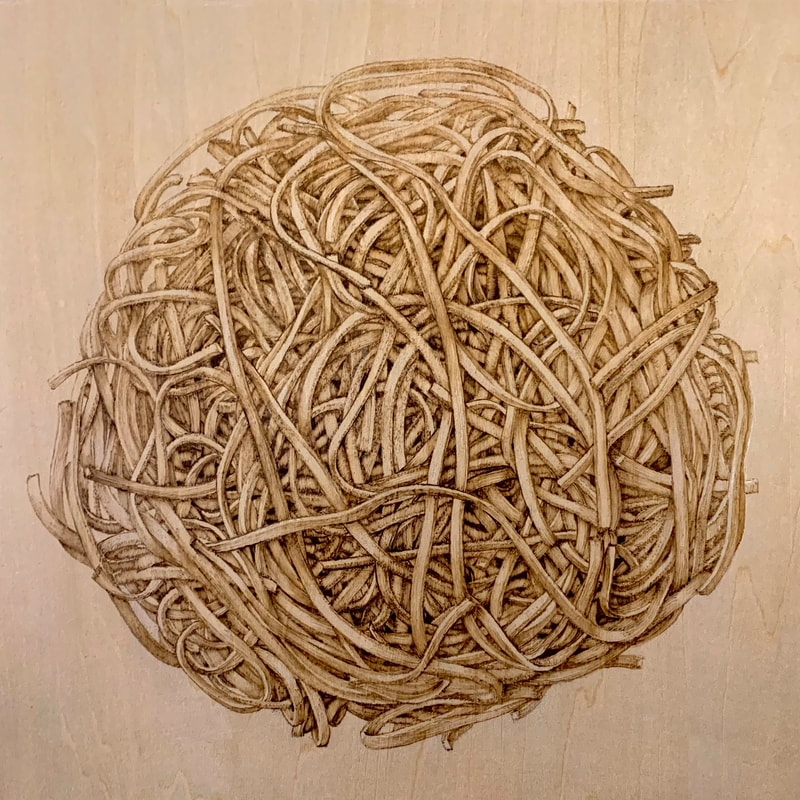 Sealed with a Rose
​Pyrography on wood 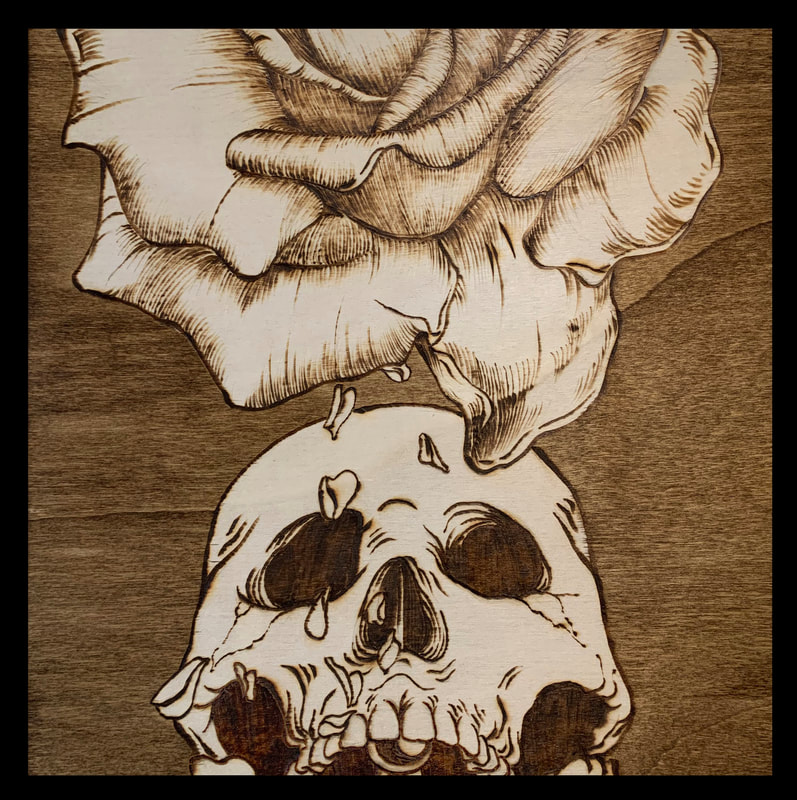 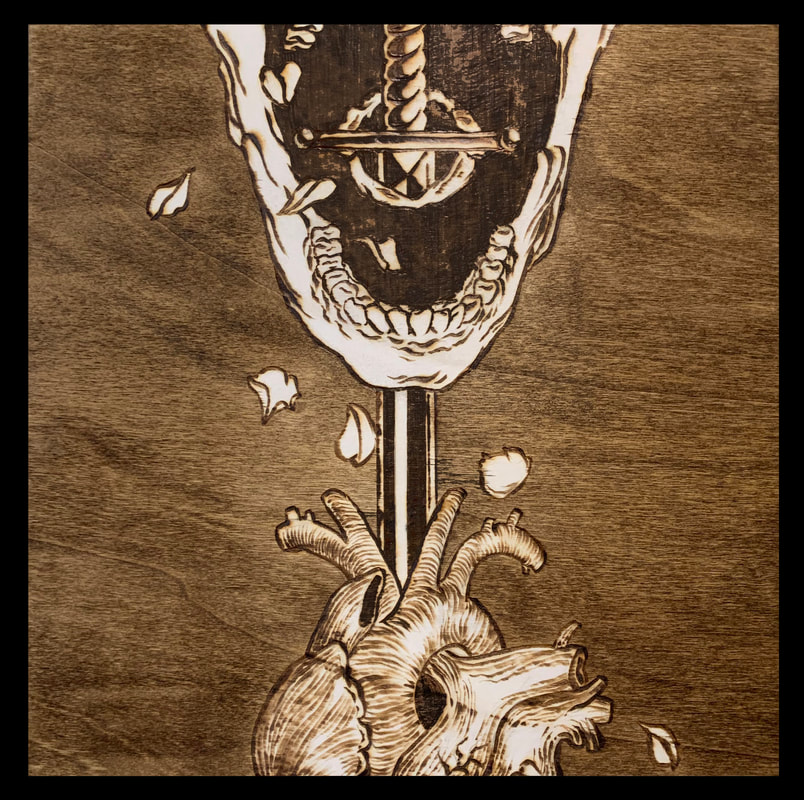 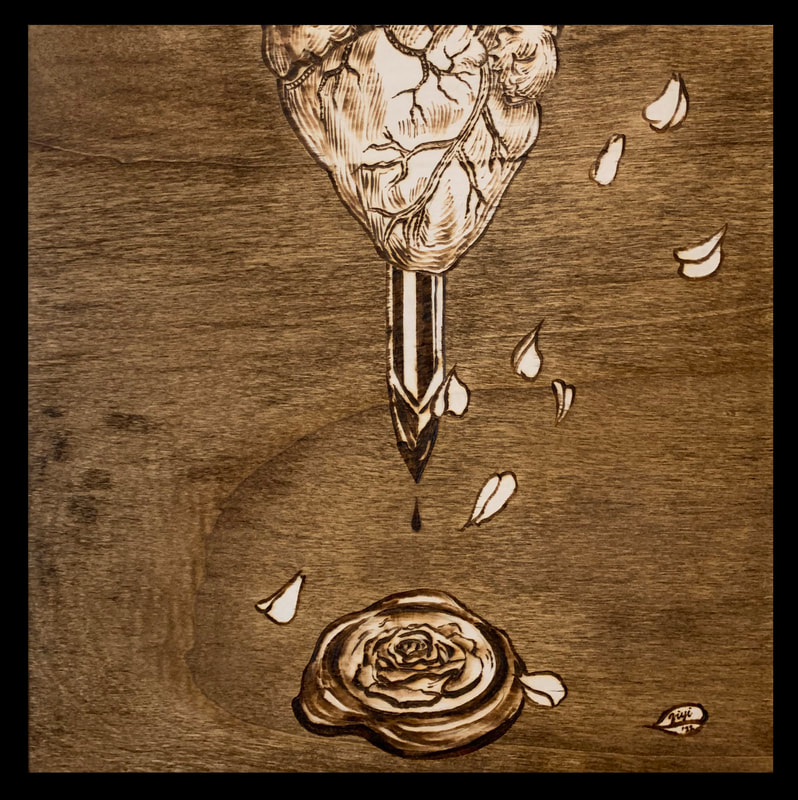 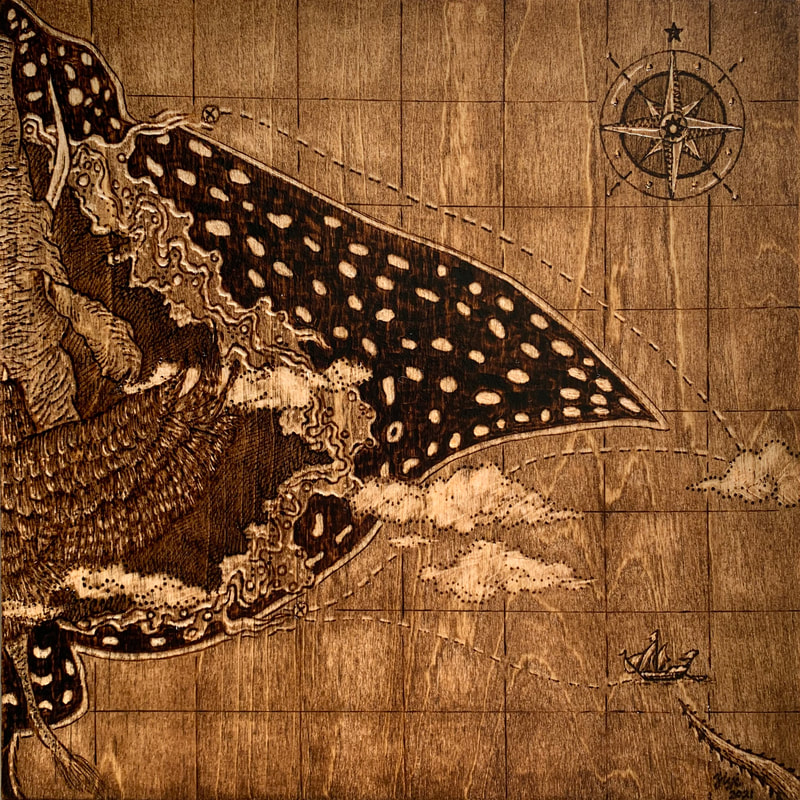 Carefree Voyage, or known as Happy Excursion, is the first chapter in the text of ancient Chinese philosopher Zhuangzi. It begins with a tale: “In the darkness of the Northern Ocean, there is a fish named Kun. Kun is so big that no one knows how long its body extends. When Kun metamorphoses into a bird, its name becomes Peng, Peng is so huge that no one knows how far its back stretches. …”. Along with the other tales in the chapter, together they portrayed the relativity of scales in space and time, both physically and perceptually, encouraging men to extend mental boundaries outward, to sail in ultimate freedom of Tao with a carefree state of mind.
​
I picked fragments from this tale and mixed in other bits and pieces to create this imaginary scene. The vast dimensions of sea, land, and sky were compressed into flat layers of symbolized stingray, elephant, and hawk. Western elements, such as the imagery of nautical charts from the Age of Discovery and pirate treasure maps, the concepts of sea monsters and megalophobia, were used in place of the Eastern cultural backdrop in this visual log of my personal expedition.